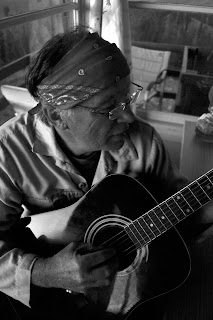 A lifelong resident of Montana, James Baken spent the earliest years in the shadows of the Beartooth Mountains developing an aesthetic sympathetic with wilderness and wildlife. Later, while residing in Red Lodge next door to The See ‘Em Alive Zoo, Baken befriended animals and exhibited an extensive "dead animal collection."

Baken excelled in sports at Absarokee High School and joined the Navy during the Vietnam War, becoming a hospital corpsman. University studies in the fine arts, English, education and employment in a mine, wood beam manufacturing plant and psychiatric center helped form a James Baken who builds and paints eclectic works of art. He uses raw objects from the mountains with sometimes antique replicas of European Masters, a direct result of living a primal existence on the land and maintaining a passion for art history. 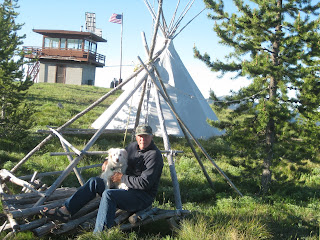 He produces art with his wife, Christie, and three children (Rebecca, Joseph and Jamison) in the Bitterroot Mountains in western Montana each summer as they spot and report forest fires.

Baken's work has been featured in more than 30 individual exhibitions, as well as dozens of group exhibitions. The winner of several awards and grants, he has served as a curator and juror for other art shows.
He frequently guides students on art study trips in Europe. He has been teaching at Rocky since Fall of 1990.